What is a Secure Programming Language?

Our most sensitive and important software systems are written in programming languages that are inherently insecure, making the security of the systems themselves extremely challenging. It is often said that these systems were written with the best tools available at the time, so over time with newer languages will come more security. But we contend that all of today’s mainstream programming languages are insecure, including even the most recent ones that come with claims that they are designed to be “secure”. Our real criticism is the lack of a common understanding of what “secure” might mean in the context of programming language design. We propose a simple data-driven definition for a secure programming language: that it provides first-class language support to address the causes for the most common, significant vulnerabilities found in real-world software. To discover what these vulnerabilities actually are, we have analysed the National Vulnerability Database and devised a novel categorisation of the software defects reported in the database. This leads us to propose three broad categories, which account for over 50% of all reported software vulnerabilities, that, as a minimum, any secure language should address. While most mainstream languages address at least one of these categories, interestingly, we find that none address all three.

Looking at today’s real-world software systems, we observe a paradigm shift in design and implementation towards service-oriented architectures, such as microservices. Such systems consist of many fine-grained processes, typically implemented in multiple languages, that communicate over the network using simple web-based protocols, often relying on multiple software environments such as databases. In traditional software systems, these features are the most common locations for security vulnerabilities, and so are often kept internal to the system. In microservice systems, these features are no longer internal but external, and now represent the attack surface of the software system as a whole. The need for secure programming languages is probably greater now than it has ever been. 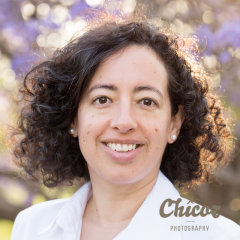