In the past five years, with colleagues from programming languages, machine learning, and probability theory, I have worked on developing the semantic foundations, efficient inference algorithms, and static program analysis for probabilistic programming languages, especially those that support expressive language features such as higher-order functions, continuous distributions and general recursion. In this talk, I will describe a few lessons that I have learnt so far. 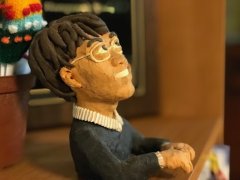